(ideas.)  Maybe I shouldn’t be surprised that we need to make our case for transit again, but I am. Honestly – we’ve been putting colored dots on maps, hand-writing community preferences on sticky-notes, and attending weeknight City Council meetings and mind-numbing Saturday morning public engagement sessions for over fifteen years now – all in support of transit on the Atlanta Beltline. John Lewis was there. And Jane Fonda helped make our video. We didn’t do it because it was fun. We did it to lay the groundwork for the future city we want to live in. Our vision was always transit on the Beltline, and our only challenge to building it was money.

To solve that problem and implement our vision – which is a broad, inclusive vision crafted by thousands of people over many years of planning – we came up with creative ways to pay it. The latest was when Mayor Reed and the state legislature gave us the opportunity to tax ourselves for transit, and we voted for it overwhelmingly. The Atlanta Beltline was the reason it passed – not the line to Emory, which wasn’t even within the city limits at the time, and not minor, nearly unnoticeable bus improvements spread evenly across the system. The Beltline was on every map because leaders knew it came with built-in constituencies who would vote for it. And we did – the 2016 referendum for the City of Atlanta passed easily. Our 40-year half-penny sales tax promises $2.5 billion dollars for transit, which when leveraged with other funds, is more than enough to build the entire Atlanta Beltline and a lot of other projects across the city. 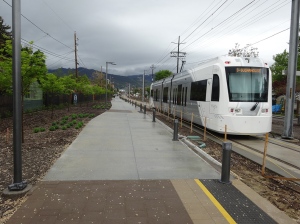 Now, however, a year and a half has passed and we’re still waiting for news on transit. In addition to the line to Emory, our money is being committed to projects that have not had a single public meeting. And rumors are swirling that Beltline transit may not even make it into the plan – at least not much of it. If that’s true, it’s fair to wonder if MARTA and other decision makers have been listening all these years. Or maybe they don’t remember. Or maybe they weren’t here at the time. Or maybe they don’t care.

What they build with our money matters, of course, but not only because it’s the promised outcome of a democratic process. It matters because the construction of reliable, free-flowing transit is one of our most effective tools to mitigate the challenges that lay ahead. A tsunami of growth is coming to our city, and if anyone thinks regional traffic is a mess now – and if housing affordability is in crisis now – imagine what will happen as another 2.5 million people move to Atlanta over the next twenty years.

Our ability to survive this change requires that we leverage our transportation investments by putting them in service to our larger vision. When cities ask transportation to do more than just move things around, they begin to open doors for people and make all kinds of other things possible. Mobility like this creates access to the economic and cultural assets of the city – people build communities, start new businesses, and build generational wealth for their families. Conversely, when they are done badly, transportation projects limit what is possible and create dull, difficult, unprofitable, and uninspired conditions for living. When we consider Atlanta’s history and the geography of inequity, we can see that the transportation projects we have built so far usually do both. They create opportunities for some people, while limiting what is possible for others.

An obvious example is our highway system, which in the second half of the last century, intentionally generated modern mobility and economic prosperity for the suburbanizing white middle class. And with just as much intention, it delivered physical and social fragmentation, disinvestment, and decline to Atlanta’s intown neighborhoods, especially low-income communities of color.

For anyone new to the Atlanta Beltline story, it is important to understand that the movement that lifted the project to life emerged with this disparity as its context. The project’s widespread support came in response to these conditions, and transit was the driving force behind its promise to repair the damage. Transit is what makes the project for everyone – creating modern mobility and economic prosperity for the diverse communities along its route. There is no question at all that public support for transit on the Atlanta Beltline is the reason we’re still talking about the project today. And there’s no question that transit is required to deliver its promise for our future.

We know that intuitively. That’s why we voted for it.

So, as we continue to advocate for an equitable vision for the Beltline, let’s be clear that equity in transportation is about more than the equitable distribution of transportation projects. It’s about building a more equitable city. That means transportation projects are put in service to our larger goals, and no other project in the region has been so explicit about its goal of equity than the Atlanta Beltline – no other transit project; no bikeway or sidewalk; no road widening or billion-dollar highway interchange. And therefore, there is no other project in Atlanta that has the catalytic potential to deliver on that goal. To be sure, success for the Atlanta Beltline won’t be easy, but delaying transit will certainly ensure its failure. 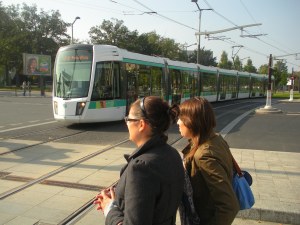 Getting the Beltline right requires that our transportation investments are an integrated part of our housing strategy, and more broadly, our strategy to maintain a reasonable cost of living. In our early grassroots days, transit on the Beltline offered communities that were already experiencing growth a strategy for maintaining their quality-of-life in the face of new traffic and density. And for communities that had not seen any substantial new investment for decades, it promised similar local development and a ticket to jobs and the regional economy. The same is true today, yet with unbridled growth and gentrification now evident throughout the city, our urgent need for a comprehensive approach that includes both transportation and housing policy is undeniable.

I’m on the record fighting for affordability, and I know we need to do a lot more than build transit to accomplish that goal. But it is important that we not pretend these are separate issues. We need more funding for housing subsidies and more intentional regulations – yes – but we also need transit to help us manage the change that is coming to Atlanta whether we want that change or not. When it is free-flowing and traffic-free like it is on the Atlanta Beltline, transit creates new ladders of opportunity, improves access to jobs, and helps build generational wealth for families all over the city.

Transit on the Atlanta Beltline is an essential part of these long-promised outcomes. That’s why we voted for it. We know intuitively that without urgent investment in transit, the Beltline will become what everyone fears – a beautiful greenway flanked by gentrified neighborhoods for people who can afford the luxury of that choice. That’s not what we wanted. That’s not what we voted for.  >> Ryan Gravel

It’s not too late. Please speak up and support #beltlinetransitnow.