(ideas.) Nearly three weeks later and I’ve successfully spared you my take on the debilitating results of our national election. I’ve been grappling with the populist sentiment that seems to want to punish the success and diversity of cities, turning real life cultural shifts into “reality life” memes, at least for the foreseeable future. In the face of this, because of my profession, I have been looking for constant reminders that no matter what happens next, cities are leading our economy and culture for reasons. The voters of Atlanta (and Indianapolis, Seattle, Los Angeles, and other cities) supported a transit referendum in the same election for reasons. Young people and the companies that want to hire them, along with empty-nesters and even families are flocking to urban communities with transit, soul, density, and other assets for reasons. Diversity, multi-culturalism, local products, and global markets are flourishing for reasons. People are fed up with sedentary lifestyles, traffic, and car dependency for reasons. Investors want to build along greenways, transit, and in walkable communities – not because the president told them to do so, but for reasons. And as a result, many cities are benefiting from the momentum that is still growing for all of these good reasons.

The reasons themselves are well-documented everywhere. And we can choose to not believe them if we want, but that won’t make them untrue. Most importantly, our national election won’t change the results.

What might change are the methods and financing with which cities tap into this cultural momentum. We’ll have to shift gears, of course, and we will, because whether everyone likes it or not, most opportunities in this current momentum are found in cities, and capitalism will always seek them out. So, whether we’re talking about a single family or a corporation that employs thousands, decisions about where to invest won’t compare Atlanta to a small corner of rural Ohio. The choice will increasingly be Atlanta or Dubai – or Dallas, or Detroit, or Dongguan. The United States is losing less to China than we are to mechanization, but in either case, unless we’re going to stop shopping at chain discount stores, we need to stop complaining about the decline of our old way of life.

If we care how the communities we live in manage the mess we’ve created, we should do something constructive instead. Some might choose to fight the momentum of an increasingly urban and globalized economy, but history has proven they’ll lose. If we want to win, we’ll have to find ways to work together to leverage this change to our advantage. Just like humanity did as we navigated the similarly-tumultuous cultural movements of industrialization in the late 1800s and auto-mobilization in the late 1900s, we can find ways to tap into this new momentum and better align ourselves with the future economy. 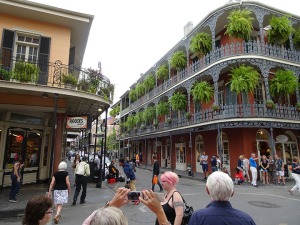 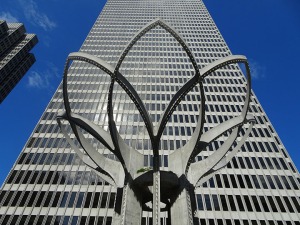 This lesson from history is why I’m convinced that the catalyst infrastructures in my research remain early indicators of a new cultural direction. It’s not a trend or fashion and it won’t change with our national setback. When you see on the electoral map that the counties of suburban Atlanta are turning blue, you see where the future is going, proving that many of our expectations for cities are outdated and suggesting that physical and cultural connections to dense urban centers are essential assets for the future economy.

That future will include the rural communities and small towns who feel left behind – if they want it. There are ways they can also make new connections and benefit from the changes that are defining our shared future. But they’ll have to be willing to work together with cities and city-people, embracing new ideas, engaging in new thinking and creativity, and being willing to imagine a future that looks different from the past.

I’d like to be an optimist about our new federal direction, but if I’m honest with myself at this point, I am not. What I remain optimistic about is that our new desperation and the urgency to protect the things we hold dear will summon a shared spirit of protest, innovation, and motivation that will become drivers for a much more intentional and inclusive future. Our work, led for many reasons by the efforts of cities, can ensure that America doesn’t falter and is rebuilt on principles that support everyone.  >> Ryan Gravel