(research.)  Terry Swartz, the director of the Cleveland Urban Design Collaborative, invited me up for a talk about the Atlanta Beltline. While I was there she showed me some amazing things going on around town – a new greenway being cut alongside the Red Line and the extension of the Ohio & Erie Canal Towpath Trail to Lake Erie. But by far the coolest thing I saw was the Detroit-Superior Bridge. This double-decker landmark with a 3,100 foot long span over the Cuyahoga River used to carry trolleys on its lower level. They’ve been gone now for over half a century and today it is being re-imagined as a new kind of public space. It has hosted a couple of events, but at the time of my visit it was stuck in ownership ambiguity. Still, we were able to get access behind the locked doors for a walk across this truly spectacular span.  >> Ryan Gravel 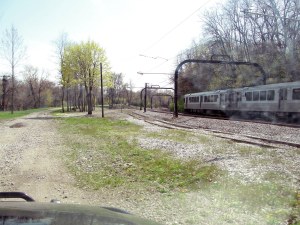 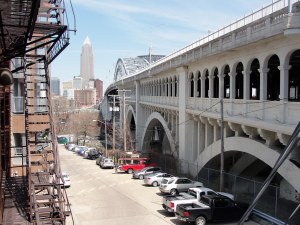 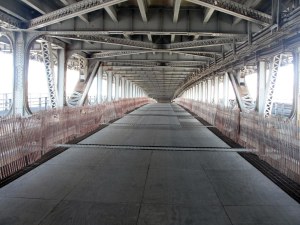 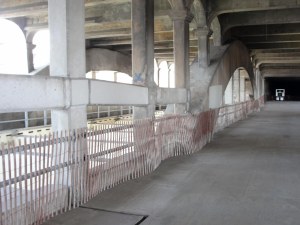 Check out the Cleveland Urban Design Collaborative, and this 2012 design competition for the Detroit-Superior Bridge.